Peter Kelly, Connector and senior lecturer of high growth entrepreneurship at Aalto University, sees attracting international students to Finland and recruiting them to Finnish companies as a networking problem. Without these different perspectives, Finnish companies are missing out on important opportunities and new ways of thinking.

Finding inspiration from the collaborative entrepreneurial environments of Stanford, Harvard and London Business School, Kelly emphasizes the importance of diverse global networks, and particularly affinity networking, where people connect through commonalities such as being alumni of the same university.

“The network [in Finland] tends to be very tight and very local. Everyone knows each other and you attack problems that way. There are common approaches, and you bounce ideas off common people, and that’s fine, but that foregoes the benefits of having a diverse group of people that have different nationalities, different experiences, and different perspectives.”

For many students, networking starts too late

One part of the problem is the lack of networking taking place at universities for international students who lack strong ties in Finland, and for Finnish students, who also struggle to understand how to network.

“Networking is so important, yet we don’t do nearly enough to support our degree students, lifelong learners, and companies to do that.”

Without building strong local connections, international students will struggle to stay in Finland, a country in which the vast majority of job opportunities come from the hidden labor market. Kelly notes that many of his own foreign students start networking too late into their studies, making it even more difficult to catch up by the time they begin jobhunting.

Another part of the problem, according to Kelly, is the lack of exposure to the diverse international talent pool at Finnish universities, especially for small companies.

Do the companies in Finland even know the international students are here?

“Asking a small company to ‘just create an internship’ isn’t easy for a company with a small team and budget,” Kelly says.

While larger multinational companies have global workforces with the resources to create trainee programs, and while medium-sized enterprises with international traction may be ready to take the leap, some solutions aren’t always within reach for small companies.

Akin to co-creation, Kelly sees these encounters as a way to bring together companies–who possess deep understanding of their markets–and students–who have the freedom to be creative. This active networking puts names to faces while allowing students to demonstrate their skills, thus creating opportunities for companies to engage with a larger pool of recruitment prospects.

“To build more internationalization and diversity into our networks implies seeking out and talking to strangers.”

The interview was made by our American summer intern, Anna Bogdan.

This article is also published in Finnish 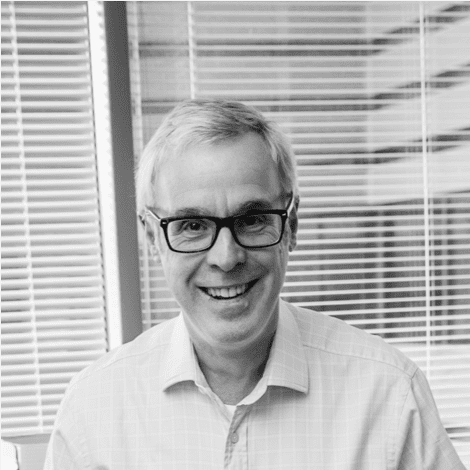 Erica Martin: “Networking and being proactive are key in the job hunt!”