Commission President Ursula von der Leyen gave her first State of the European Union speech on 16 September. In addition to discussing the challenges the Covid19 pandemic has created for the EU, she focused on topics such as climate, digitalisation, immigration, frictionless internal market, rule of law, the EU’s external relations and trade.

President von der Leyen underlined that a united European Union is needed now more than ever: the rule of law is anchored in the EU’s fundamental values and our democracies and it must not be compromised under any circumstances. The Commission will publish its first annual report on the rule of law in September, covering the situation in all Member States.

An important, albeit expected, opening was related to the EU’s 2030 climate target. The Commission proposes to tighten the CO2 emission reduction target to “at least” 55% compared to 1990 level. Finnish Industries gave support this new more ambitious target in our recent communication. According to von der Leyen, 37% of the Recovery Fund will be allocated to climate action and 30% of NextGenerationEU’s 750 billion euro will be raised through green bonds.

Regarding the Covid19 pandemic, von der Leyen emphasized the need for unity between the EU and the world: “Vaccine nationalism puts lives at risk. Vaccine cooperation saves them.” Strategic storage of medicines must be developed in the future to secure supply chains. She also proposed the creation of the European Health Union to prepare for pandemics and other health crises in the future.

She said that the Commission will put forward a “legal proposal” on minimum wage.

This raised concern as in Finland and the other Nordic countries an EU-level minimum wage regulation would strongly interfere with our national labour market models.

Von der Leyen discussed in length Europe’s digital future. The EU wants to play a leading role in the industrial internet in the future. There was never a better time to invest in European technology companies than now, von der Leyen said. Indeed, 20% of the EU’s Recovery Fund is earmarked for the digital switchover.

An important message from Finland’s point of view was to link digitalisation to solving climate change, which could well be the key to genuine international leadership. A major concern is the commercialization of research and inventions in Europe, which requires more investment. von der Leyen also called for clear principles on privacy, connectivity, freedom of expression, free movement of data, artificial intelligence and cybersecurity.

The Commission will also present an updated industrial strategy at the beginning of next year, as well as a new strategy on the future of Schengen to ensure the well-functioning of our internal market and effective international trade.

Referring to the EU’s external relations, von der Leyen said Europe needed “new beginnings with old friends” like United Kingdom and the United States. The EU will continue to rely on open and fair trade across the world. China was mentioned both as a partner but also as a “systemic competitor”.

Von der Leyen suggested that, at least regarding human rights and economic sanctions, a move to more qualified majority voting should be made. Demanding unanimity has made the EU slow and toothless at worst. 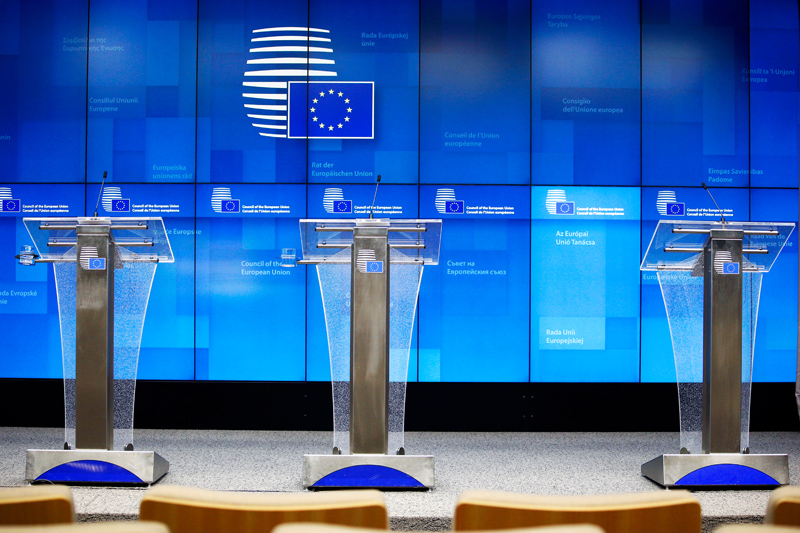