Finnish companies’ expectations for the short term remain cautious. The economy is expected, for the most part, to continue to be weak until at least the early part of 2016. Only in construction are expectations a little more positive, although here too the current situation is still described as weaker than average.

In October the Confederation of Finnish Industries asked companies what they think about the business tendencies concerning the end of this year and the beginning of next year.

According to the Business Tendency Survey manufacturing companies anticipate that their output will continue to grow slightly during the remainder of this year and that the early months of next year could see this growth picking up a little. The current situation is nevertheless clearly weaker than normal: order books are far from full and the labour force is continuing to shrink at a gradual rate.

In services, economic conditions have improved slightly but are still distinctly below normal. Service companies expect sales to pick up a little in the coming months but also see a weak employment trend in the services sectors.

Construction companies expect a brisker level of growth than in the other sectors. Despite the improved outlook, order books in construction, too, are only moderate.

In October, the general business outlook balance indicator for manufacturing was unchanged at -3 (also -3 in July). In the October survey, 10% of manufacturing companies anticipated an improvement in the outlook in the next six months, whereas a weakening in the market was expected by 13% of respondents.

The business outlook balance indicator for construction in October was +8 (+10 in July). An improving trend is now expected by 21% in the sector, with 13% anticipating a deterioration instead.

In October, the business outlook balance indicator for services was unchanged at -5 (also -5 in July). In the latest survey, 14% of service companies predicted an improved outlook in the next six months, and 19% the reverse.

Growth in output expected to be slow in coming months

In manufacturing, the number of new orders received was almost unchanged in July–September. A small increase in orders is expected for the period to the end of the year. In construction, there was a rise in new orders but no change is expected in the remaining part of the year. Order books in manufacturing are generally at below average levels, whereas construction companies’ order books are only a shade below normal.

Finished goods inventories in manufacturing have fallen back to normal levels. By contrast, construction companies still have a slightly larger number of unsold homes than usual.

In manufacturing, output grew slowly in the third quarter of the year. This corresponded with the estimates given three months ago. Output growth is also expected to remain at no more than a low level during the final months of the year. By contrast, slightly faster growth is anticipated in the first quarter of 2016.

Construction output was up slightly in the July–September period. This trend is expected to accelerate in the final quarter of this year and the first three months of 2016.

Service sales grew only slightly in July–September. Growth in these sales is expected to remain fairly low during the next six months.

In manufacturing, there is still a lot of unused production capacity. In October, capacity was fully utilised in 58% of the companies that responded (also 58% in July).

Profitability in manufacturing has, on average, been stable, but the variation among companies is very high. The same trend is expected to continue to the end of the year. No significant changes are expected in the profitability of the construction and services sectors either.

Insufficient demand is still clearly the most significant growth obstacle. Demand was felt to be only modest by 48% of manufacturing companies and 49% of construction companies. In services, demand improved a little, but it was still felt to be weak by 38% of respondents. Recruitment problems were most common in construction (14% of respondents) and in services (13%), while in manufacturing they were minor. Financing difficulties were felt to be a problem by only fewer than 5% of companies.

The Business Tendency Survey is published four times a year by the Confederation of Finnish Industries (EK). The survey has been carried out regularly since 1966. It is part of the European Commission’s Joint Harmonised EU Programme of Business and Consumer Surveys, which is partially funded by the EU. 1,332 companies employing approximately 277,000 people in Finland replied to the survey carried out in October 2015. 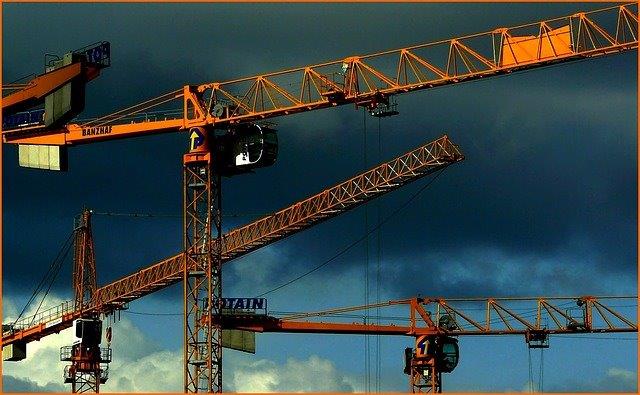